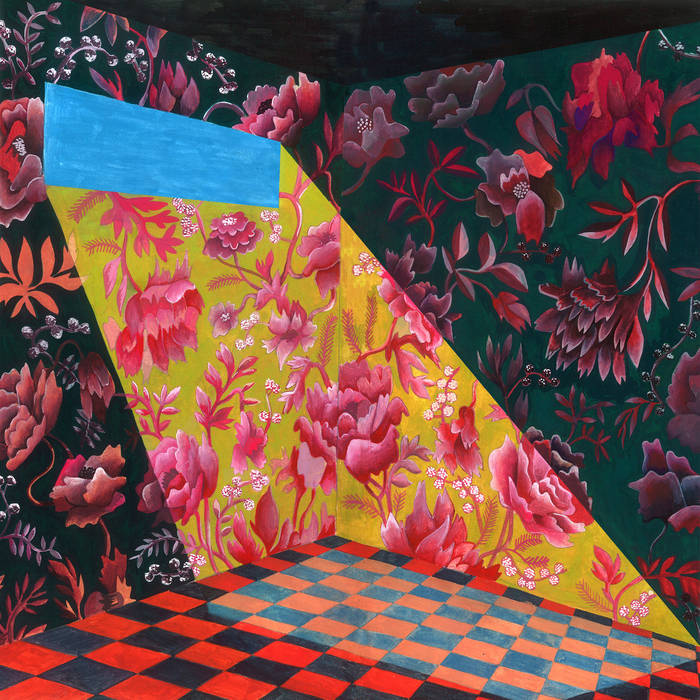 Tampertronics Wow, this album. When I first heard it, I thought, 'ew'. But it stuck with me like catarrh I couldn't cough up. The vocals are idiosyncratic, the drums are almost subtle, and they showcase the star of the show: the CRACKLE! Kaity Zozula's guitar sounds like the whole world - like the industrial revolution and a sizzle plate of fajita. How does she do it? How many guitars is she playing at the same time? Listen to it! Just listen!! I can't get enough. Favorite track: Vile.

Montréal trio Lungbutter serves up an exhilarating and relentless barrage of astringent noise-punk driven by the ferociously wide-screen tri-amped guitar squall of Kaity Zozula, the brawny pummel of Joni Sadler's drums, and the wry subliminal/phenomenological sing-speak of vocalist Ky Brooks.

Brooks, Sadler and Zozula have all been mainstays of the vibrant experimental noise/rock community in the city for several years, having put in time as members of numerous bands including Femmaggots, Harsh Reality, Caymans, Nennen, Wreckage With Stick and Nag – as well as the Misery Loves Company tape label, La Plante collective, and the campus/community radio station CKUT. Lungbutter has been their main jam for a while, playing frequently in Montréal and with sporadic excursions to DIY spaces around eastern North America. Honey is their first full-length album, following the self-released Extractor cassette EP from 2014, which Big Takeover described as “thick neanderthal sludge, stream of consciousness yelps over lawnmower riffs, a dweeb-metal triumph” and Weird Canada praised as “confident, artful, intense”.

Lungbutter’s minimal guitar-drums-voice configuration is rooted in a visceral, ascetic punk idiom, refracted variously by free-noise, sludge rock and slowcore. Zozula marshals chaotic motifs of full-spectrum distorto-guitar, occupying a huge tonal space from low-end bass to paint-peeling treble, redolent of blown-out Melvins/Flipper fuzz and equally indebted to the frenetic dissonance of Keiji Haino or Merzbow (as in the thrilling passages of warped noise on “Solar” or “Veneer”). Song structures coalesce around guitar riffs of shifting tempos and the backbone of Sadler’s muscular, deliberate drums, while Brooks’ voice – at once mantric and declarative – deconstructs one brilliant lyrical theme after another, dancing along the knife-edge of dispassionate acerbic examination and wide-eyed cathartic revelation.

On Honey, live favourite “Vile” glories in a swampy martial stomp before lifting off into its propulsive, danceable stride. The slow burn of “Intrinsic” finds a doomy three-note pattern of guitar crud and slow, caustic vocal lines to build thick tension, careening towards explosive release punctuated by Brooks’ most impassioned and full-throated shouts. “Honey” and “Veneer” are both marked by guitar intros highlighting Zozula’s marvellously biting tone and technique, with buzzsaw static and freeform noise workouts prefacing the lurch into pounding primeval beats, the likes of which also drive standout tracks “Solar”, “Flat White” and “Dépanneur Sun”.

Honey is 33 minutes of satisfyingly searing, sharp-as-tacks, scum-tainted art-rock from one of the city's finest and most uncompromising bands.

Mastered by Harris Newman at Greymarket

Bandcamp Daily  your guide to the world of Bandcamp